Back to Press page 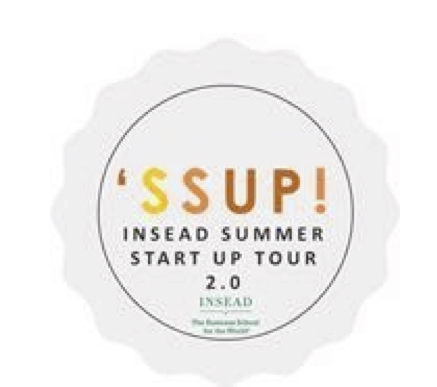 INSEAD Business School Summer Startup 2.0 feature, July 2018 - "There has to be a better way to do this." The question that seems to forge all start-ups, and this is exactly the question that Henrik Molin, CEO of Physitrack, set out to solve when his brother in law told him a story about having had surgery and been handed a folded piece of paper with his physiotherapy instructions on. Fast forward several years later and now Henrik is sitting with us on the rooftop of The Curtain telling us the story of how he has grown Physitrack into one of the biggest players in the physiotherapy/musculoskeletal e-health space. And Physitrack has set its sights even further now providing telehealth and managing the full spectrum of musculoskeletal injury and physiotherapy process remotely.

One of the key moments on Physitrack’s road to success was early on being chosen to partner with Apple to develop their UIUX for iPad. This catapulted them from a relatively small smart up to being able to cash in not only on Apple’s expertise but also on the great validation that working with Apple provides.

Henrik admits that being selected was very much a ‘right place, right time’ situation, but what Physitrack managed to do, was to be modest enough to trust Apple’s developers to come up with new UIUX patterns and design. This was difficult for Henrik and his partner as they had worked on the design for years but by allowing Apple to help them completely rewrite their code they were able to finish with a vastly improved end product that is still the backbone of their current app

Physitrack has had a happy journey of funding, unlike a lot of start-ups. Henrik’s CTO and co-founder Nathan Skwortsow had a hugely successful track record having already launched two phenomenal Dutch tech start ups: The dating site Lexa.nl, and online flat sharing market space Kamernet.nl . This track record meant that people were hunting them down to be involved in their start up.

Henrik, with a certain amount of pride, told us that he was able to turn down VCs. Henrik viewed VCs aim of exponential growth and 10x exits antithetic to the revenue based organic growth strategy pursued, so far very successfully, by Physitrack.

Don’t Give up the Day Job…

When we asked Henrik for advice for aspiring entrepreneurs, Henrik thought for a while and relayed 3 pieces of well-earned wisdom to us:

And finally, our two wacky questions…

…If Physitrack was an animal what would it be? “Definitely a lean, fast hunting animal… like a Cheetah“.…And if you can hire anyone in the world for Physitrack who would it be? “No one. I have a great team. (Lucky man…)”.